I just opened the figma Dead Master that I bought from a local collector today and put her into my Black Rock Shooter/female figures display. While I am at it, I took a picture of my Kamen Rider display as well since I don't think I've taken an update pic of this display yet.

Re-posing the Revoltech Saber Alter figure (purple one) reminded me why I didn't like Revoltech figures (although I have still been buying certain figures from them). Because of the Revoltech joints, the range of motion is limited to discrete steps instead of freely throughout the range of the joint. Therefore sometimes when you want to make a figure stand up normally, the combination of the thigh, knee, and ankle joints need to be fudged with a lot for it to stand up straight, most of the time it's either too much to lean forward or too much lean backwards. It's just not as fun to pose as figma which didn't have the clickity-clack joints like the Revoltech joints. 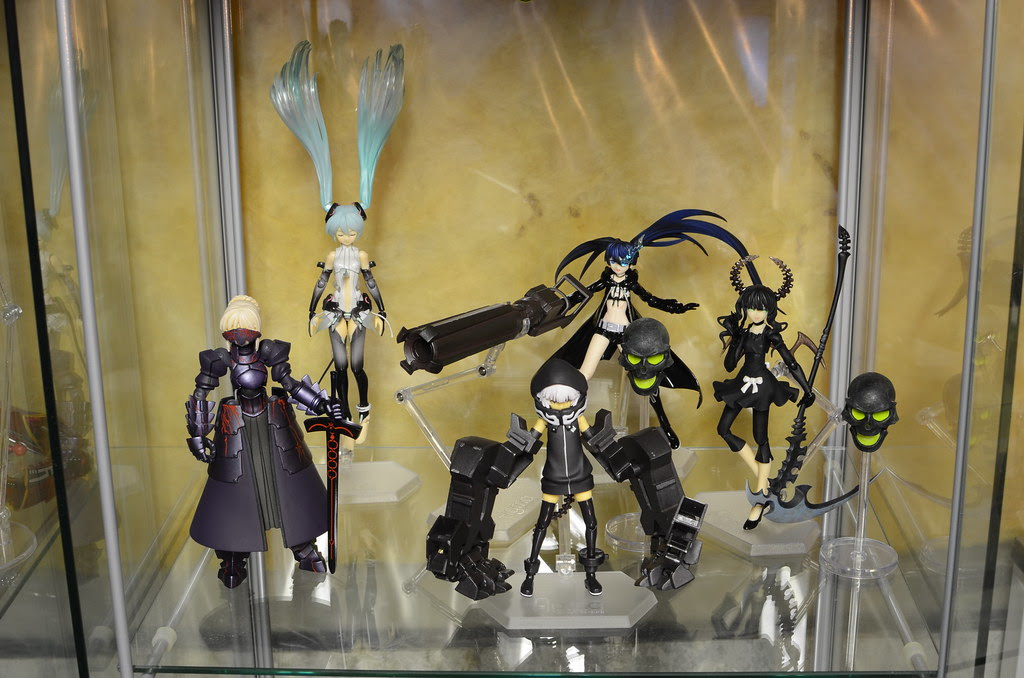 This is what I like to refer to as my Decade shelf since it's in Kamen Rider Decade where I was introduced to all these riders. 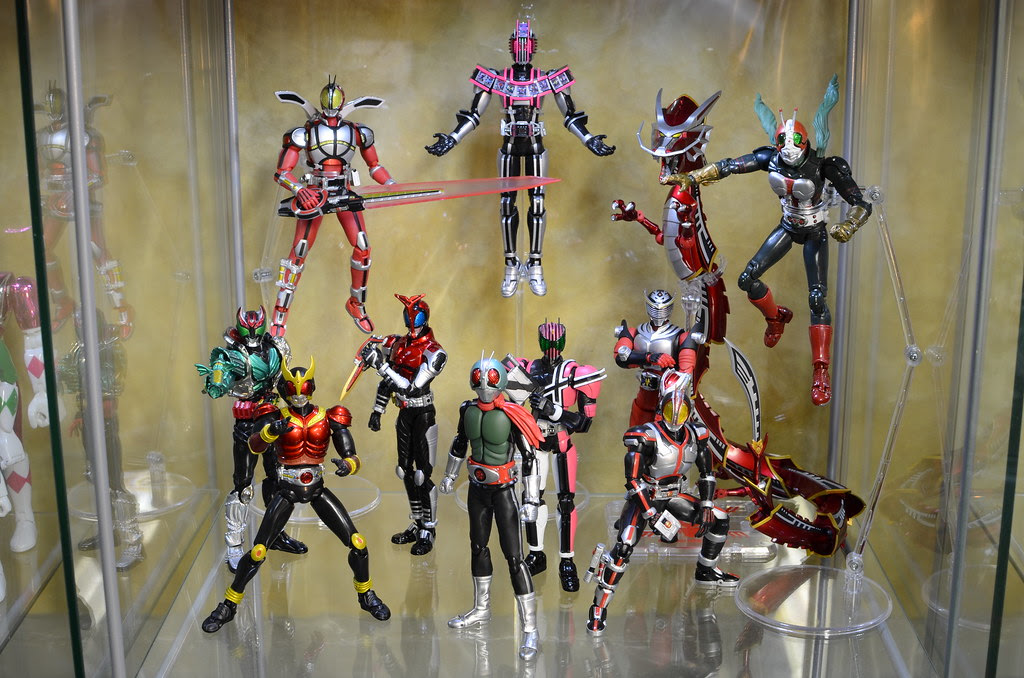